Seven Things I Wish I Knew Before Writing My Book 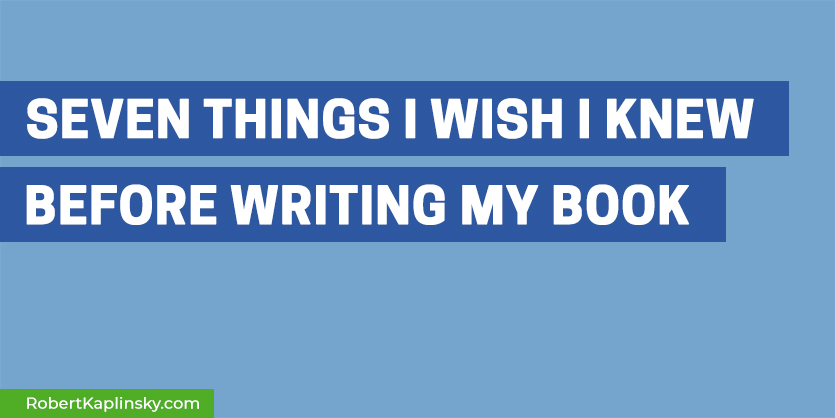 I’m so excited that my book Open Middle Math: Problems That Unlock Student Thinking, Grades 6 – 12 just came out for secondary math teachers. I’ve learned so much from this experience that I wish I knew earlier on. So, I’m writing this blog post with hopes that this information will help aspiring authors and also give me a chance to reflect on my own journey.

It may take longer than you think
It was a lot more work than I anticipated when I began the process. My proposal to write the book was accepted by Stenhouse Publishers in November 2016 and was supposed to be completed by October 2017. Unfortunately, in early 2017 I was overwhelmed with far too much on my plate and wound up taking a year and a half off. The idea of giving up certainly crossed my mind several times. I realized that it was much easier to sign a contract that said I would write a book than it was to actually write a book. Eventually, I started up again in October 2018 and turned in my first draft in February 2019. It took me about six more months to be fully done with the process, and three more months before I could hold the book in my hands.

Choose your voice
When I began writing, I thought that I had to write with an air of authority like a confident expert who knew what he was talking about. This included using big words and a more formal writing style. I didn’t realize it, but I was acting like a parody of an expert author because that was what I really thought authors were supposed to sound like. As it turned out, my writing hiatus helped save me from myself, I just didn’t realize it then.

During that break, I read a lot of education books. However, where normally I read them to learn their content, now I was also thinking about how the author shared what she knew. I didn’t enjoy books that were overly formal as much as the ones that were conversational. Formal books made me feel like a child who should have known better but didn’t. Conversational books made me feel like I was getting advice from a colleague who wanted to see me grow. In that moment I realized I had to completely change my writing voice when I started again. In retrospect, I would have hated the book I was initially setting out to write.

Tell a story
Perhaps the best advice I could give anyone considering writing a professional development book is how to get your ideas organized. First, I read the book StoryBrand by Donald Miller and it helped me shift my perspective from “What do I want to tell teachers?” to “How do I help teachers get to where they want to go?” I highly recommend this book for anyone whose job involves communicating information to others.

Second, I listened to this podcast episode from Amy Porterfield (beginning at 9:01) about how to structure an online workshop. The guest talks about a post-it note strategy that helps people organize their content from disorganized information into a journey that takes someone from where they are to where they want to be. She meant this advice for an online workshop, but I modified the process to work for my book and it changed everything for me.

Using my experiences with StoryBrand, I thought about where math educators are now and where they want to go. Next, I thought about what the journey between those two points would look like. What would the steps be to go from one place to the other? Each of those steps then became chapters in my book.

For example, I imagined that a reader picking up my book may feel like she has resources that feel like they were written in 1970 (completely outdated) or 2070 (so far from their comfort zone that they feel inaccessible) and has students who do math robotically, because they’re forced to. She’d like to get to a place where she’s got resources she can immediately use to support and challenge all of her students so that they’d be excited to do math and begging to do more.

With that in mind, I thought about the steps that would take her from what she felt when she first picked up my book to where she wanted to be. I figured that first, she’d want to read about how Open Middle problems could help her. If she saw their value, then she’d be more open to learning about why they’re different from other problems. Then we could dive deep into how to implement them including how to choose a problem, how to prepare to use a problem, how to present it to her class, what to do if it doesn’t go as planned, and how to facilitate the discussion. Finally, she’d want to know about where to find more free problems she could use including making her own.

At this point, I’d hope that she’d feel like she’s much closer to where she’d want to be because she’d be excited about these resources and looking forward to immediately using them. Before my hiatus, there was no story. The book was just a collection of loosely related ideas and it was up to the reader to figure out how they connected or how they’d help her.

Less is more
A quote that I have not been able to get out of my head for the last couple of years comes from Antoine de Saint-Exupery who said, “Perfection is achieved, not when there is nothing more to add, but when there’s nothing left to take away.” Think about what that implies!

The best storytellers know what details to add and what to leave out. This makes sense in theory but is challenging to do in practice. My initial drafts were essentially, “Here’s every single thing I know about this topic crammed into a book” because I wanted to provide as much value as possible. I felt like I had to share everything I knew. At the same time, there are very few math teachers complaining that a professional development book is too short.

As an example of how this played out, I had considered talking about integrating Open Middle problems with technology or why Open Middle problem are different than brainteasers. I’m sure that some people would have valued this information, but at the same time, it would have made the book even longer.

Ultimately, I decided to apply de Saint-Exupery’s rule and ask myself, “If I removed this from the book, would the book be readable?” If the answer was yes, I cut it. If it broke the book, it stayed. My goal was to end up with the shortest (and also most affordable book) that was jam packed with useful information for secondary math teachers. I sure hope I came close.

It’s not like blog writing
Oh man. When I began, I naively thought I could just take all my blog posts on Open Middle problems, add the phrase “and also…” to the end of each one, and essentially be done. That was so far from reality.

Ultimately, there were only a few stories from my blog posts that made it into the book, but the reality is that in general this principle did not work. Some of the reasons why include:

Hard to make a timeless book
When I signed up for this process I told my editor, Tracy Zager, that my goal was to write a book I would always be proud of. This was much harder to do than I realized at that point. For example, when writing blog posts, I always try to catch issues. However, when I come back and look at them months later I find typos, grammar errors, or ideas I’ve changed my thinking on. I was really concerned that I’d do something like make a mistake on a math problem and have it memorialized in writing for all time. The crazy reality is that every time we thought we had found it all, we found something else. It was maddeningly humbling.

Another concern was that I would reference something that made the book dated. For example, Depth of Knowledge was very trendy in 2016 when I wrote the proposal, but by 2018 it had already started to cool off. I didn’t want to tie my book’s value to a term like Depth of Knowledge, so the hiatus gave me more perspective and allowed me to shift the focus towards Open Middle problems.

I realize now that there’s no way to make a flawless book, but I sure tried. A core belief I have is “Do the best you can do and that’s the best you can do.” Many people put their best effort into this book and I have to hope that it’s enough.

My language could unintentionally offend
Something I did not realize about my writing is that I frequently use phrases like, “Clearly,” “Obviously,” or “As you realize.” Tracy pointed this out to me and gently explained how what I’m sharing may not be clear, obvious, or something readers realize. Stating it in that manner could make the reader feel bad for not knowing because the words I’m using make it seem like they should know it. That was certainly not my intention, so I worked hard to remove that from my writing.

Conclusion
Thanks for taking the time to read about what I’ve learned from writing a book. I hope it’s been helpful for you. If you have any questions about what I wrote or wondering about something I didn’t include, please let me know in the comments below.
November 5, 2019