Why Does Negative Feedback Weigh So Heavily? 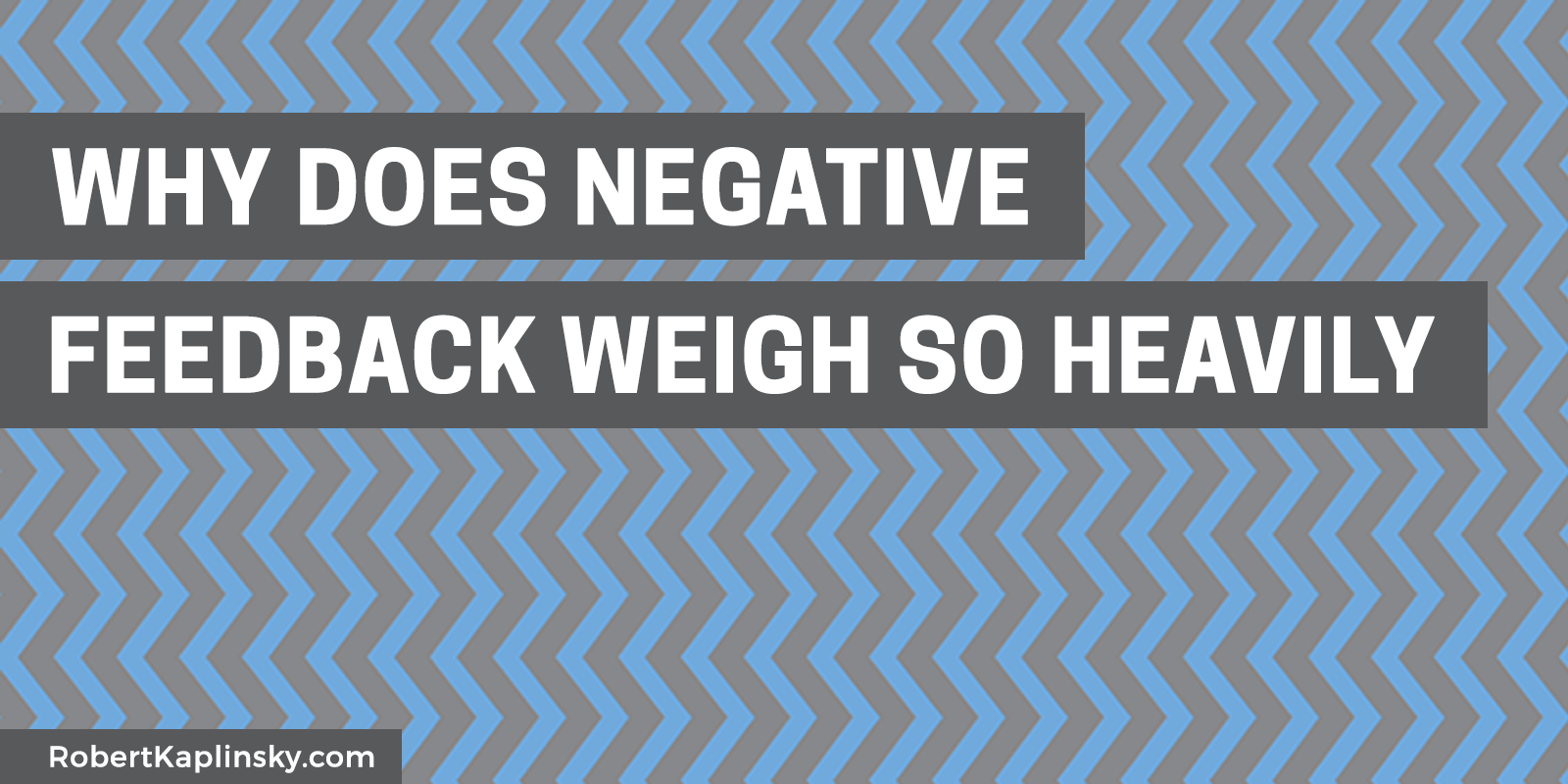 Have you ever noticed that negative feedback weighs much more heavily in our hearts than positive feedback? For example, we might get feedback from a supervisor and while it may be overwhelmingly positive, it may include something we need to work on as well. While we should be happy about the overall positive feedback, we may instead spend too much time focusing on the small part that didn’t go the way we wanted.

I used to think that I was the only one who felt this way, but I’ve since come to realize that pretty much everyone does. There’s even a name for it: negativity bias. The basic idea is that when a positive and negative event occur of relatively equal magnitude, the negative event impacts us more greatly.

It might happen if your Back to School Night or Open House presentations were well received by all the parents you spoke to, but later you found out that one parent said something less kind. Instead of realizing that this one parent may be an outlier, all you can focus on is the parent’s comments and why they’re wrong (or even worse maybe secretly true?!).

I know for me, I’ve done presentations where I had very high overall reviews, but all I could think about was how someone gave me a 2 out of 5 and said that the room was too cold.

Conclusion
To be clear, I’m not saying that I’ve figured out how to defeat this, but rather I’m writing this because it made me feel better when I realized that I was not alone and that others felt this way too. If I ever find a way to better deal with negativity bias, I’ll be sure to update this post. Until then, if you’re reading this blog post and nodding along, just realize that you’re not alone.
Share This
If you think others need to see this, share it on one of the sites below by clicking on the button.