Why Educational Breakthroughs Are Hard To Replicate 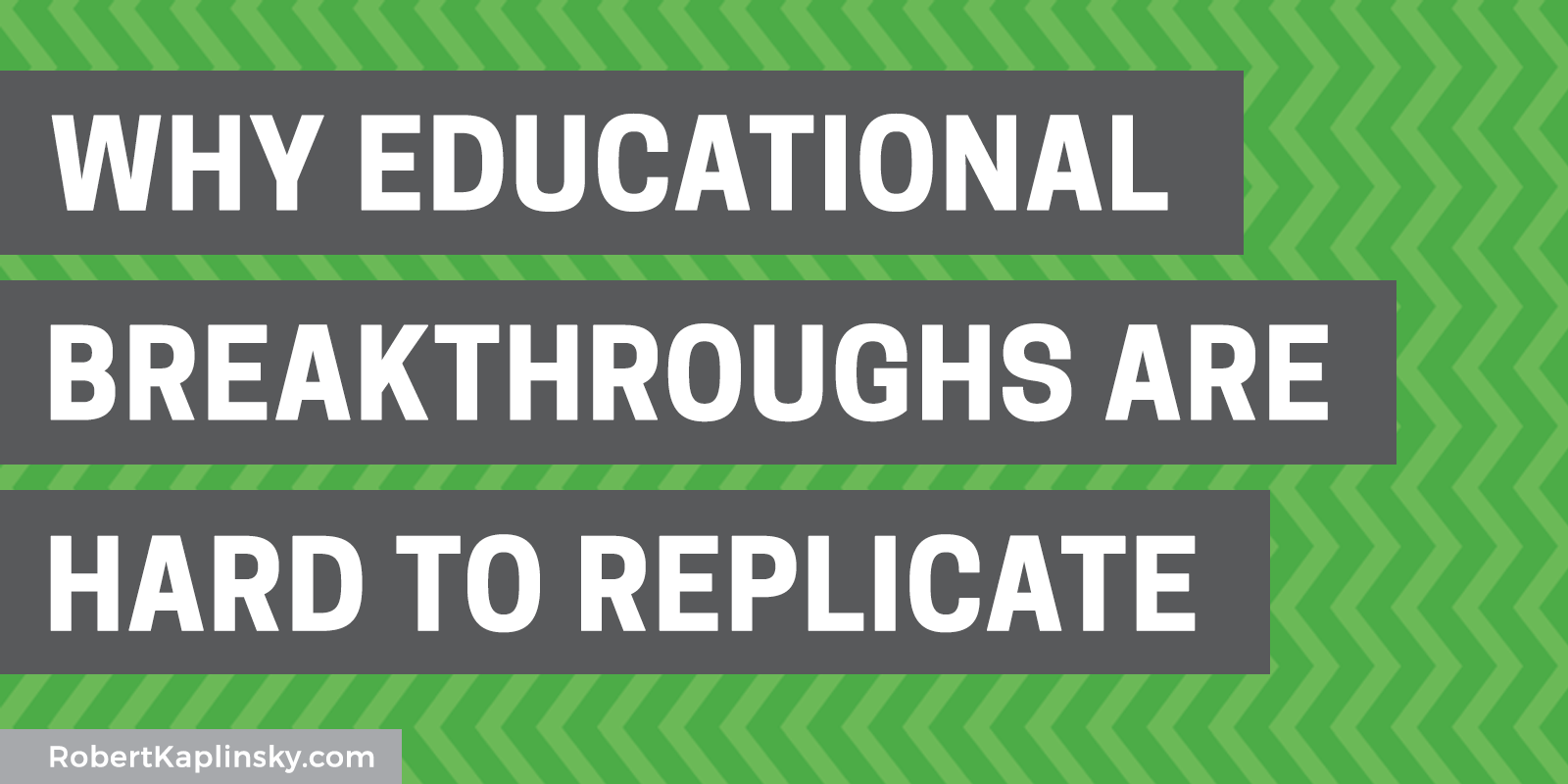 A while back I listened to the book Good to Great by Jim Collins. He shared research conducted on pairs of companies that initially seemed identical on paper but then had completely different paths with one becoming an extremely high achieving great company while the other maintained about the same good success it had.

He discussed how everyone begins with wanting to know what change the great companies made… but how they often end up unsatisfied by the answers they receive. The problem is that people usually look for the quick fix and he explained that you can rarely trace the breakthrough back to any single action. Instead, it’s was usually a series of collectively meaningful actions that shifted their trajectory.

Hatching Chick Metaphor
To illustrate this, he uses the metaphor of a chick hatching from an egg. To an observer, it’s just an ordinary egg. But then in a matter of minutes a living being pops out of the shell.

Calling “breaking through the shell” the critical step neglects the reality that so much growing was already happening. Just because it couldn’t be easily seen or measured doesn’t make it any less important.

Applications to Education
Too often in education we’re looking for the next best thing without wanting to take honest looks in the mirror about our own weaknesses and systemic issues. I’ve seen this play out in so many situations. Sometimes it happens when one teacher has notably higher test scores and leaders try to determine what single action they can ask other teachers to incorporate. It even happens on larger scales when schools or districts try to emulate their neighbors’ successes.

I’m not saying that there’s nothing we can learn from others’ achievements, but we should also avoid oversimplifying situations and unrealistically thinking we can make one small change and fix it all. We can’t just throw money at a textbook, intervention program, or professional development opportunity and think it’ll be enough. It reminds me of Sara Van Der Werf’s classic post about the #1 thing she did in her support math classes. I won’t spoil it for you, but my prediction about her #1 thing was wrong.

We need to question a lot more of what we do including what we teach, how we teach, and especially systemic issues like racism, sexism, and languages we center.

Conclusion
We need to use the same skepticism we reserve for the miracle pill that promises to make us look amazing without exercising or changing what we eat when we think about actions in education. Unfortunately, most of the problems that are easy to solve have already been solved. What’s left are tough systemic challenges that won’t be easy to resolve. However, if we truly want our situation to improve, this is the reality we face.

What do you think? Have you encountered similar situations? Do you have any suggestions for how to move forward? Please let me know in the comments below.